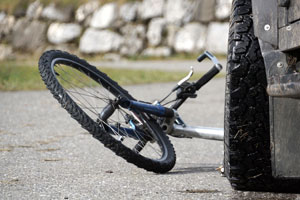 Many people use bicycles for both recreation and transportation. Many people ride their bikes for exercise and others use their bikes to get to work or school. Since cyclists have little safety protection other than their helmets, bicycle accidents often lead to severe injuries. If you or a loved one sustained injuries after a car hit your bike, you may be eligible to recover compensation for the resulting damages. Call a skilled Staunton bicycle accident attorney at The Warren Firm today to see if they can obtain compensation for you to help offset the costs of your crash. Reach out to a seasoned personal injury attorney to discuss your rights and legal options to recover compensation.

Reasons A Bike Accident Could Occur

Not many roadways in Staunton have dedicated bike lanes, so cyclists often have to share the roads with cars. Even though there are more bicycles on the road than in prior years, drivers are not always on the lookout for cyclists. Because bikes are lower to the ground and smaller than cars, they are harder to see, and they can get lost in a car driver’s blind spot. Bike crashes commonly occur in the following situations:

A skilled legal representative would look through the evidence from the crash scene to try to determine what caused the accident. He or she would carefully examine the police reports and any eyewitness statements and evaluate the damage to the bicycle and the car.

What Are Some Injuries That Follow A Bicycle Collision?

Bicycles offer cyclists nothing to shield themselves from the force and weight of an oncoming car, so cyclists often suffer severe injuries in accidents. Some of the injuries that can occur are:

Sometimes, injuries that appear to be insignificant immediately after an accident may worsen over time. Infections, complications, and other medical setbacks may occur, and a victim may not discover the real severity of his or her injuries for several weeks or months. That is why injured cyclists should contact an experienced attorney as soon as possible after a wreck to preserve their full right to seek compensation for damages.

Virginia courts operate under a pure contributory negligence standard. This means that if an injured cyclist is found to be partially at fault for the accident, he or she will be unable to recover compensation for damages. A skilled lawyer in Staunton could fight against alleged claims of shared fault in a bike crash claim.

If you are recuperating from a serious bicycle accident, you may be facing future surgeries, hospital stays, and extensive rehabilitation. Injuries from bike accidents are often severe, and the costs to treat them can be devastating to both you and your family. Let a compassionate Staunton bicycle accident attorney at The Warren Firm help you hold the negligent party accountable for your injuries. Call today to learn more about how an attorney could help your case.

How Can We Help You?

*All Fields are Required