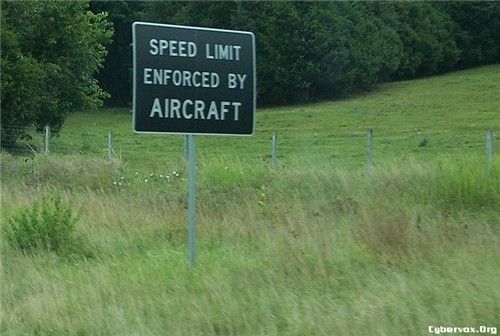 Aerial Speed Enforcement program is coming to an end with the start of the New Year.  Due to budget cuts, it is expected that the program’s speed enforcement efforts will be suspended until at least 2011.  While many drivers were quick to dismiss the “Speed limit Enforced by Aircraft” signs across the state, the program was actually quite effective at its peak.  At one time, Virginia State Police were issuing around 2,145 tickets per year as a result of the program.

According to VA State Police records, traffic fatalities were lower in 2009 than they have been since 1966.  The economy has put a strain on the population and fewer cars are on Virginia roads.  Aerial enforcement, costing around $90/hour, is not a justifiable means of enforcement at this point.