Common Bicycle Accidents: Wrong Side of The Road 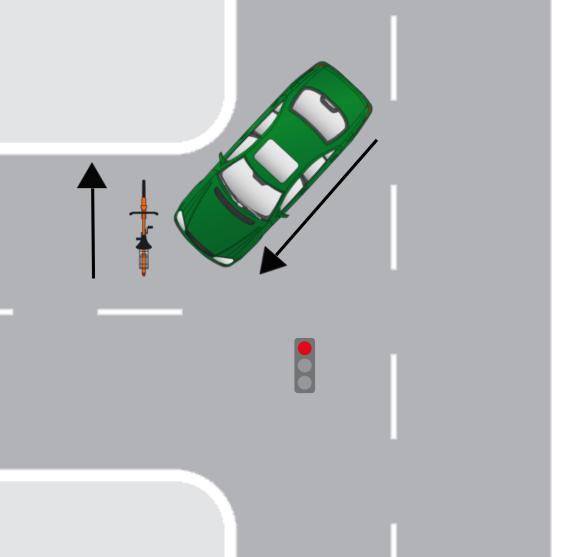 The cyclist is riding on the left side of the road. A car is approaching the cyclist head on but may not see the cyclist and a head on collision follows.

RIDE ON THE RIGHT side of the road, going the same direction as traffic. That is the safest place to be.

The cyclist is probably going to be found at fault almost every time in this case. If the cyclist was not flat out the cause of the collision, then he is likely at least contributorily negligent, or partly at fault, because he was not obeying bicycle laws, and in Virginia could not recover for his injuries.

Even so, a jury or a judge makes the ultimate determination of whether the car was negligent and whether the cyclist was contributorily negligent.

To learn more about wrong side of the road bicycle crashes, call The Warren Firm today.