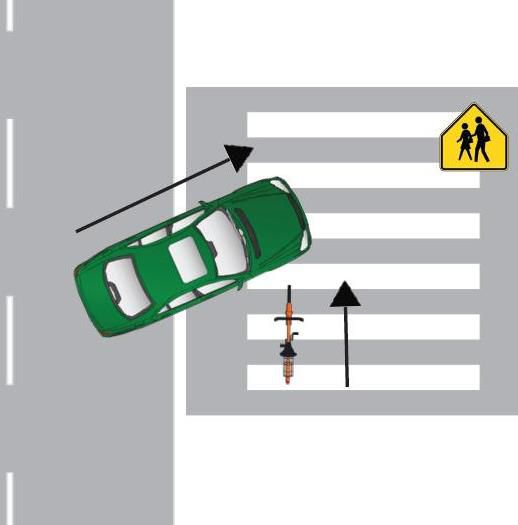 How the accident occurs

This accident happens when a cyclist is sidewalk riding and attempts to cross a street at the crosswalk at the same time that a car makes a right hand turn. This leads either to the cyclist being hit by the car or the cyclist slamming into the car. This occurs because cars are often not expecting cyclists to be at the crosswalk, even though it is perfectly permissible for them to be there.

Don’t ride on sidewalks. Again, cyclists are permitted on sidewalks in most localities but some studies indicate that it is more dangerous than riding in the street.

Virginia is a contributory negligence state. This means that if you as the cyclist are negligent in some way (e.g. going too fast, not riding at night with a light) then you cannot recover for you injuries.

A jury or a judge makes the ultimate determination of whether the car was negligent and whether the cyclist was contributorily negligent.